La Compagnie Industrielle des Lubrifiants d’Aulnoye (CILA) was founded in 1928 and has always been one step ahead of innovation. For 30 years or so, it has been collecting and regenerating spent oil from industries with emphasis on its “circular economy”. 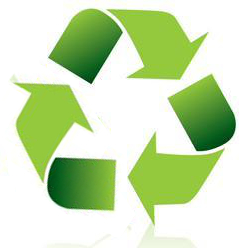 As a known specialist in the recovery and treatment of spent oils, CILA has defined a number of processes for regenerating “clear” industrial oils, that is, industrial oils that have already been used. “Out of the 2500 tonnes of the annual nominal capacity, 98% are recovered as base oil for industry while residual products are processed at the energy utilisation centre as a backup product”, explains Vincent Dereux, Managing director at CILA.

After recycling, the oils are ready for a second life. An oil regeneration process means that the customer company, after treatment, recovers industrial oil which has regained its original properties, while making a considerable saving compared to the purchase of equivalent new oil

CILA is an ICPE company (a facility listed for environmental protection), also contributing to sustainable development by the formulation and manufacture of biodegradable lubricants (cutting oils …). The company has aready filed two patents. It is governed by strict regulation standards and would now like to set up a cutting-edge laboratory enabling it to develop increasingly innovative solutions. “We want to build an exemplary facility in terms of the circular economy and the recovery of used lubricants”.

In a constant quest for innovation, CILA is improving its performance in the research for the Best Available Techniques (BAT) addressing the criteria of sustainable development.